This Artist has made his beginnings as apprentice glassmaker in the Val-Saint-lambert Cristallerie, Belgium, in what was one of the most important Industry in liège area, with more than two thousand Workers. He was quickly noticed by the glass master Fernand Menegaz. Being very creative, he became responsible of a team of ten workers reaching only 27 years of age. He then made his first artwork for the Brussel’s Universal Exhibition in 1958. The first creation to earn him consecration was a piece made in 1965, given to the Queen Fabiola during her visit in Liège, «la Madone a la Reine», a virgin of crystal.

Over the years, the LELOUP technique became more refined. The Val-Saint-lambert direction urged him to create pieces under his own name. In 1972, a mature artist, he resigned to take off and create on his own. He went to Nancy, France, to the Daum Cristal factory where important names as Picasso, César, Dali already signed artwork. LELOUP started to gain notoriety and at the end of 1972, he presented his first exhibition at « L’Ecuyer » gallery in Brussels. This was a big success!

He excels particularly, in using many canes to blow the crystal and create sculptures of great dimensions. His fine mastering of glass and of enamels gives him the possibility of constructing forms and effects which was said to be impossible.

International recognition follows rapidly. He holds exhibitions throughout the world. In 1989, Louis LELOUP took part to the International Art Fair in Tokyo. At the opening, a Japanese visitor proposed to buy all his pieces at the condition to have, in the future, the exclusivity of his work for the land of the rising sun. Success is phenomenal. In 1990, he exhibits in Asia, in the Fine Art Museum of Tapaï (Taïwan). Since 1997, a Louis LELOUP Museum is totally dedicated to him in Kyoto (his Majesty Prince Philippe of Belgium visited it in 1997). A school is associated with it where his techniques are taught to students from all over the world.

His international status allowed him, in 2003 to offer personally an artwork to the pope Jean-Pol II « la Madone de lumière »( The Madonna of Light), a crystal sculpture of 1meter high.

He was made Chevalier de L’Ordre de Léopold in 2014. 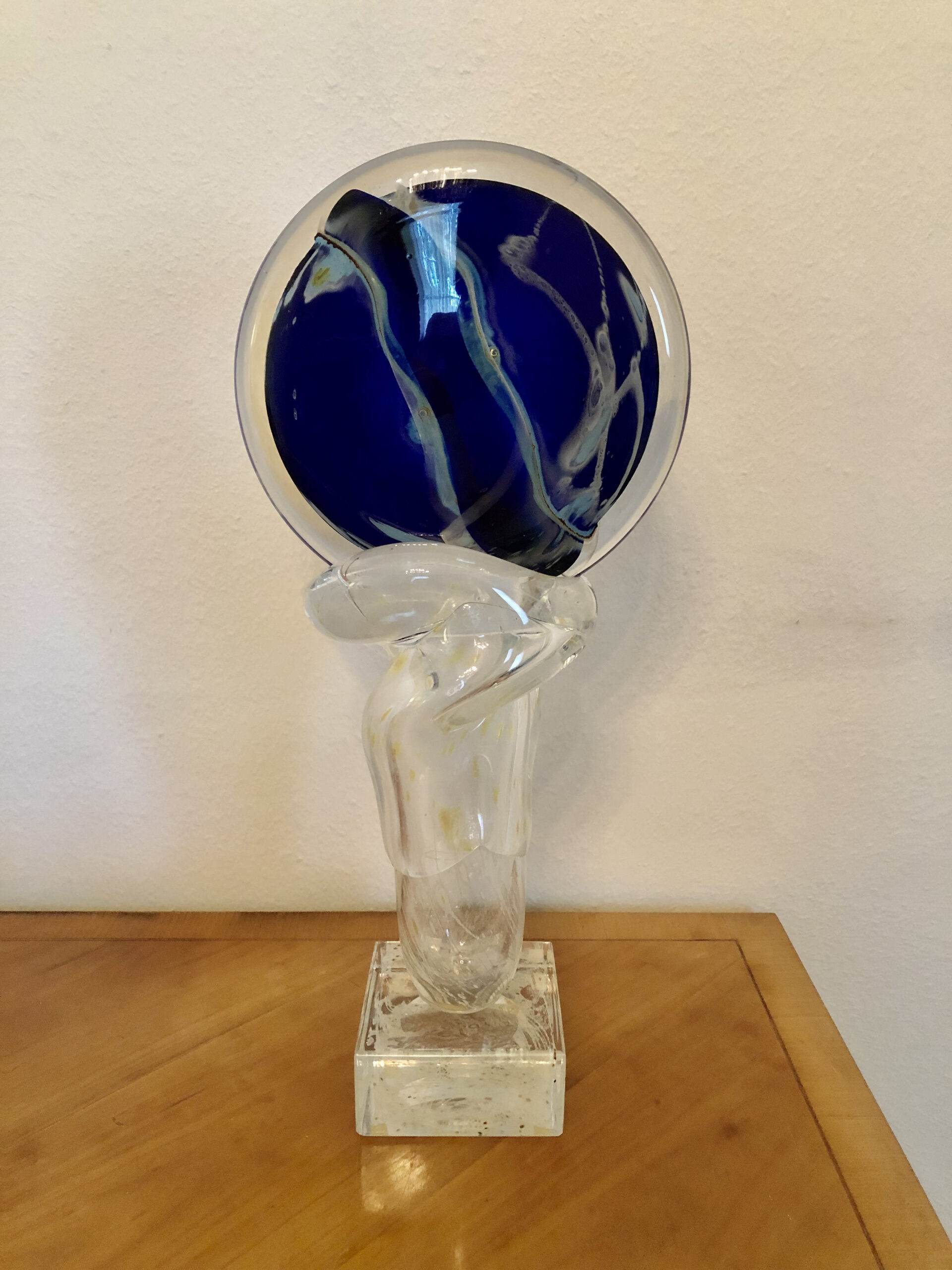